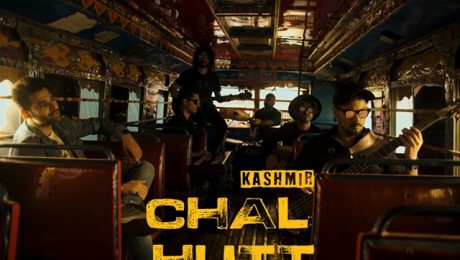 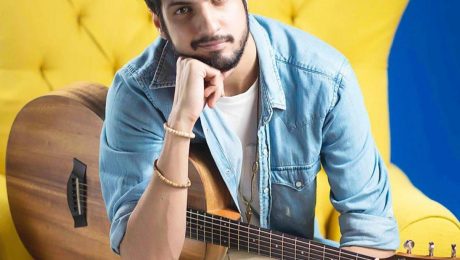 Singer and songwriter Abdullah Qureshi has released a new single ‘Daro Na’, to pay tribute to the masked heroes fighting against the Coronavirus pandemic.

The song has arrived as the country enters its fourth week in the lockdown. Produced by the singer himself, the music has also been written and composed by Abdullah Qureshi and his band members. Accompanied by a heartwarming video directed by Social Media Analyst Muzammil Hasan Zaidi, which features Ejaz Aslam, Amar Khan, RabyaKulsoom, Zoya Nasir, Usman Mukhtar, Sabeena Syed and Abdullah Sultan paying their respects to the healthcare workers fighting day and night against the deadly virus.

Talking about the process behind the song, the singer revealed, “I wrote this song on a video call, with my bandmates, when I was feeling particularly sad about everything that has been going around in the world. It is just our little contribution to lighten a candle of hope in people’s hearts during these trying times and let those who are fighting for us know that we appreciate and respect them.”

While practicing social distancing, Abdullah Qureshi has continued to release new music. ‘Daro Na’ marks as his second single during the coronavirus quarantine and serves as a timestamp of this difficult moment in human history.

The singer, songwriter, and composer began his musical career with covers and renditions on YouTube and gained immense popularity with his powerful vocals. The star soon took center stage with his concerts and performances nationwide and abroad. Apart from his hit original “Awaz Do”, from Nescafe Basement season 4, Qureshi has continued his success story with singles including Daastan, GaaiAasman, Kali Santro, Laapata, and Aaja. 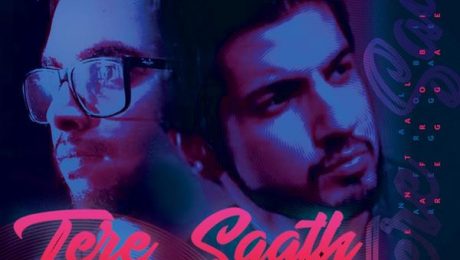 Singer and songwriter Abdullah Qureshi has just released a new song, ‘Tere Saath,’ a collaboration with the singer and music producer Eahab Akhtar, who is situated in LA.

Both the singers unveiled their new project a day before its release with an announcement in an Instagram post. The new single comes as music relief in the time of a lockdown all around the world. Composed and produced by Eahab Akhtar and Abdullah Qureshi has lent his voice to the song.

Talking about the release of this single, Abdullah Qureshi revealed, “I had already been working on a few songs since I was locked down at home when I got Eahab’s call and he told me to check out this new track he made. I just had to say yes for the collab right away because Eahab is just great at what he does. It’s a two-day project, and I have loved working on it, I hope you guys enjoy it as much!”

‘Tere Saath’ follows the release of Qureshi’s critically acclaimed single ‘Baat Adhuri’ and marks as his second project this year. The song has been released on all media platforms.

Abdullah Qureshi initially gained popularity when he started out playing for underground rock and metal bands in Islamabad, and eventually started his own YouTube channel. The star hasn’t looked back since and has been giving the audience back to back hits, some of which include ‘Kali Santro,’ ‘Laapata,’ ‘Awaz Do,’ ‘Daastan,’ and more.

Abdullah Qureshi: The singer, songwriter, and composer began his musical career with covers and renditions on YouTube and gained immense popularity with his powerful vocals. The star soon took center stage with his concerts and performances nationwide and abroad. Apart from his hit original “Awaz Do”, from Nescafe Basement season 4, Qureshi has continued his success story with singles including Daastan, Gaai Aasman, Kali Santro, Laapata, and Aaja.