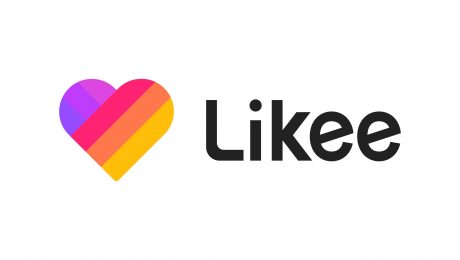 The online short videos platform is rapidly becoming the content production application of choice for hundreds of thousands of Pakistanis to showcase their creativity, engage with like-minded people, and, in many cases, even kick-start a new, successful career as a broadcaster from home. Video is quickly emerging as the most preferred interaction medium among all Pakistani demographics, and instant creation and broadcasting capabilities significantly add to the positive user experience. Likee has democratized access to excellent production quality, without requiring professional guidance and systems.

Spokesperson at Likee said, “Likee is committed to empowering its users to be the best broadcasters they can be through a leading range of technical and entertaining features, in order to bring the best out of every piece of unique content. We have seen millions worldwide flock to Likee for the ease and creativity of its capabilities, and are proud to be at the forefront of the content revolution in the online short videos platform.”

The capabilities within Likee include basic features such as photo templates and background editing, as well as more advanced features such as video templates that can change facial expressions, a special effects lens filter, and an AI lens filter that will learn the user’s preference over time. This enables users to grow their skill-sets by becoming familiar with the various features available. The app also learns over time, as the AI capabilities start to offer up edits and actions based on previous usage.

With features such as the Face Magic, Photo Video, and Makeup, users are no longer limited to the video as it was shot. From expressions, emotions, appearance, backgrounds, and even setting, everything is now editable. Effectively, there are no limits to creativity, as users can continuously revisit their content and edit and update. One piece of content can also form the basis for numerous engaging posts.

Apart from these in-app features, Likee also brings in special backgrounds, scenes, and effects periodically. These are tied to current hot-topics or popular movies, bringing users the opportunity to explore and express their creativity even further.

Likee is a prominent global short video creation platform, with cutting-edge special effects video shooting and editing tools. Created by BIGO Technology Pte. Ltd, Likee was initially released in July 2017 and is now one of the world’s most popular apps. Likee is aimed to make it easy for everyone to create amazing videos and record memorable moments. According to the JOYY Reports Third Quarter 2019, the MAU of Likee exceeded 100.2 million, which increased by 413.4% year over year. The MAU of IMO’s embedded Likee service reached 50.2 million. Likee also placed as the No. 1 app in ‘Top 10 Breakout Apps’ list according to App Annie’s report of 2019. In January 2020, Likee ranked 4th in global downloads according to Sensor Tower.