“Shahrukh ki Saaliyan” – A Pure Dose of Comedy comes to an End! 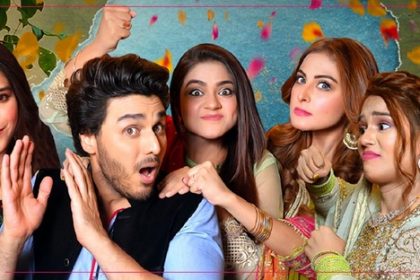 Shahrukh ki Saaliyan a light-hearted, eccentric rom-com of 7th Sky Entertainment, directed by Mazhar Moin, featured the handsome Ahsan Khan and the talented Ramsha Khan as Shahrukh and Anoushay in an unconventional way. The maestro with the witty writing, Dr. Younis Butt, had plotted this romantic comedy in an exceptionally humorous way that garnered the audience’s love.

The drama had been the talk of the town ever since its first episode went on air. As the title suggests, the show had some situational comedy around Shahrukh’s sisters-in-law (Saaliyan). The drama had an ensemble star cast – a staple of 7th Sky Entertainment including big names like Rehan Sheikh, Javed Sheikh, and Hina Khawaja Bayat to rising stars like Aruba Mirza, Nimra Shahid, Raza Zaidi, and Faiza Ali.

The story revolved around Shahrukh and Anoushay, who love each other. Still, their marriage keeps on delaying because of Shahrukh’s sisters-in-law, who are to get married first as per Anoushay’s father’s wish, since they are elder than Anousahy. The drama from the beginning brings lots of comic twists and turns that surely tickle the funny bones in everyone. Finally, in the last episode, Shahrukh gets married to Anoushay, but unconventionally and amusingly. Kudos to the fantastic Dr. Younis Butt, who has given another successful rom-com on the credit of ace producers Abdullah Kadwani and Asad Qureshi, after Romeo Weds Heer.

The drama had all the colorful vibes with a peppy Punjabi OST, from interesting storyline to hilarious dialogues, from star-studded cast to exceptional screenplay, the show had all the elements of a chartbuster. The lead pair portrayed terrific on-screen chemistry. Ahsan Khan is already an award-winning actor and has nailed his performance in this witty role. Ramsha Khan has also done justice to the character of Anoushay; her expressions and dialogues delivery were also on point. The other supporting characters were equally amusing and furnished commendable performances.

Dramas like Shahrukh ki Saaliyan are a comic relief that provide the much-needed break from the everyday tensions. Though the show has come to its end, we need more rom-com like this to add to our daily watch list, and we are looking forward to 7th Sky Entertainment bringing some more amazing content on our TV screens. 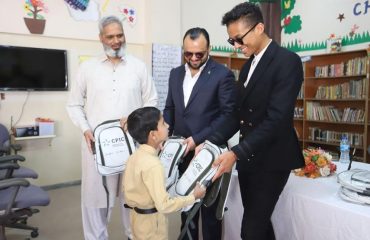 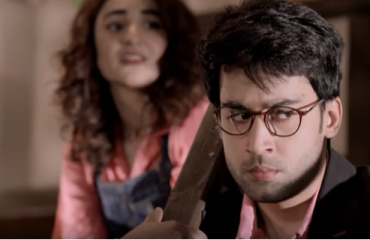 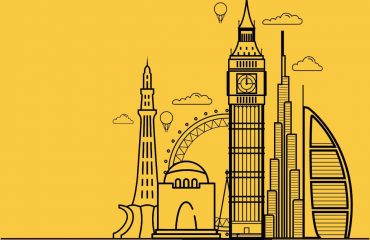 Seeme Productions opens doors to offices in The UK and UAE