by lifesillypk / Monday, 11 January 2021 / Published in Entertainment, TV and Dramas 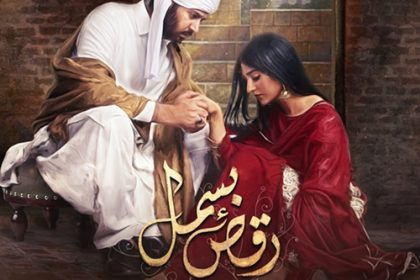 After wowing audiences in yet another versatile role in the ongoing HUM TV drama serial Mushk, the very talented Imran Ashraf, once again, stole all the limelight ever since the teasers of HUM TV’s Raqs-e-Bismil aired last week.  The teasers which offered a preview into the serial’s scintillating background score, immaculate direction, brilliant acting by the lead cast and storyline which seems to be a perfect blend of thrill, romance and drama, ticked all the boxes of a mega serial. Sharing his excitement with fans, Imran Ashraf on his Instagram account posted, “let me introduce you to my next character “Moosa”, I have been waiting for a script since a while, Thank You Hashim Nadeem for giving me a chance to be part of your masterpiece script.”

Written by Hashim Nadeem, Raqs-e-Bismil marks the television return of ace director Wajahat Rauf and features the versatile Imran Ashraf in yet another distinct avatar opposite the uber talented Sarah Khan. Produced jointly by Shazia Wajahat and MD Productions, Raqs-e-Bismil is an unconventional take on love and passion. The story of the play revolves around two characters from contrasting worlds and ideologies and their understandings of love, life and relations. Apart from offering an exciting lead pair, the serial boasts a stellar supporting cast such as Mehmood Aslam, Nida Mumtaz, Anoushay Abbasi, Momin Saqib, Javeria Abbasi, Gul E Rana, Saleem Mairaj, Rashid Farooqui, Furqan Qureshi, Sajid Shah, Shazia Qaiser and others, and also marks the television debut of Lollywood diva Zara Sheikh. Beginning from December 18, 2020, the serial will air every Friday at 8 pm on HUM TV. 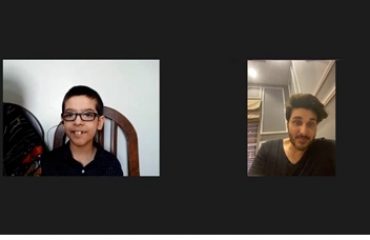